Women can experience either too little or too much iron.  Although too little iron (iron deficiency) is more commonly associated with women’s health, too much iron can also be a problem for women with hereditary hemochromatosis or other iron loading conditions.

Iron deficiency is the most common explanation for anemia in women of childbearing age, but the causes vary. Blood loss and pregnancy or lack of meat in the diet are the leading causes of iron deficiency in women. Other more rare reasons include problems of absorption (acquired or inherited), nutritional deficiencies (iron, B12, folate, zinc); or disease (fibroids, cancer, inherited anemias or bleeding disorders)

Heavy menstruation and childbirth are significant sources of blood loss for women of childbearing age. Chronic blood loss can also be due to endometriosis or fibroids, which require a great amount of blood. Fibroids are usually benign, but can grow to the size of a baseball or grapefruit before they are detected. Fibroids of the uterus can interfere with delivery during childbirth, requiring Cesarean-section delivery. von Willibrand disease is another overlooked cause of heavy menstrual bleeding in women. (Consider Iron Disorders Institute Guide to Anemia book, which includes a chapter on von Willebrand disease).

The average menstrual period lasts anywhere from two to five days. Blood loss during this time is estimated to be as little as one    ounce—a light or average period—and as much as 1 cup—a heavy period. The amount of blood lost during childbirth is about 500cc (about a pint) or approximately two cups of blood. Thereby 200–250 milligrams of iron is lost. In addition, the iron contained in the newborn baby’s blood and tissues contain another 500-800 milligrams of iron which originally came from the mother.

A woman’s natural iron regulatory system takes care to increase absorption of iron from her diet during these times of blood loss. Her normal absorption rate of 1 milligram is stepped up to 1.5–3 milligrams per day—the female body’s natural response to blood loss. Heavy blood loss during menstruation (menorrhagia) is called abnormal uterine bleeding (AUB). According to the National Women’s Health Resource Center Hotline, AUB is one of the most common reasons women contact them. Prolonged heavy bleeding (hypermenorrhea), where the duration might be as long as two weeks or irregular bleeding (metrorrhagia) may eventually lead to anemia if the loss is not offset with increased iron intake.

Acute blood loss can also happen as a result of trauma or surgery, as a result of taking aspirin or certain medications, especially those used to relieve arthritic pain, and abusing alcohol. Another cause of blood loss is esophageal bleeding in a condition called Mallory-Weiss syndrome. In Mallory-Weiss, the lining of the esophagus is torn, usually from repeated vomiting, which can be seen in females who are bulimic.

“Among pregnant women, expansion of blood volume by approximately 35 percent and growth of the fetus, placenta, and other maternal tissues increase the demand for iron threefold in the second and third trimesters to approximately 5.0 milligrams of iron per day.” U.S. Centers for Disease Control and Prevention.

Humans with normal iron metabolism have a natural regulatory mechanism that will assure adequate amounts of iron are absorbed, so long as sufficient amounts are consumed through diet. This mechanism has been observed in menstruating females who absorb up to 50 percent more iron during the days of menstruation than when not menstruating. In a British study of twelve pregnant women, iron absorbed from a normal diet was increased five-fold at twenty-four weeks of gestation and nine-fold at thirty-six weeks. These investigators also noted that lesser amounts of iron were absorbed at the seventh week during the pregnancy. This suggests a natural withholding of iron, since too much iron is associated with preclampsia, and spontaneous abortion (miscarriage).

For many decades, a large number of pregnant women have been advised to routinely take supplements of 25–65 milligrams of iron daily, even without laboratory evidence of subnormal hemoglobin values. The routine procedure, even though it may be unnecessary, often is considered to be harmless, and to have some unknown benefit. However, in 1993 a U.S. Prevention Service Task Force of the Office of Disease Prevention and Health Promotion, U.S. Public Health Service, carefully reviewed fifty published studies about iron supplementation. The task force concluded that controlled trials have failed to demonstrate that iron supplementation or changes in hematologic indexes actually improve clinical outcome for the mother or newborn. Additionally, the review found “no evidence that giving iron during pregnancy will reduce the incidence of childhood anemia or abnormal cognitive development.”

There is agreement, however, that pregnant women who have subnormal hemoglobin values of 11.0 g/dL or less, and whose ferritin is subnormal, should take supplemental iron. The American Academy of Family Physicians and the Institutes of Medicine recommend that pregnant females have serum ferritin measured along with hemoglobin values to assure moderately low normal hemoglobin values are in fact due to iron deficiency and not due to an undetected illness. Iron supplementation during this time is best monitored by a physician and discontinued once anemia is corrected.

In a Journal of American Medical Association article entitled “Maternal Hemoglobin Concentration During Pregnancy and Risk of Stillbirth,” Dr. Olof Stephansson and his colleagues report that stillbirths nearly doubled in women whose hemoglobin values were 14.5 g/dL or higher. The report went on to state that anemia, or hemoglobin values less than 11.0 g/dL was not significantly associated with risk of stillbirth.

Hemoglobin will be elevated in women who are dehydrated or who smoke.

Supplemental iron for expectant mothers with normal iron metabolism does not significantly affect their hemoglobin values or those of the fetus. In these women iron ingested that the body does not need will be excreted. What is absorbed and not used will be placed in ferritin, which is a containment vessel for iron excesses that are not presently needed.

To assure iron balance, females, even those who are pregnant or nursing, whose hemoglobin and ferritin levels are within normal range are not candidates for iron supplements. 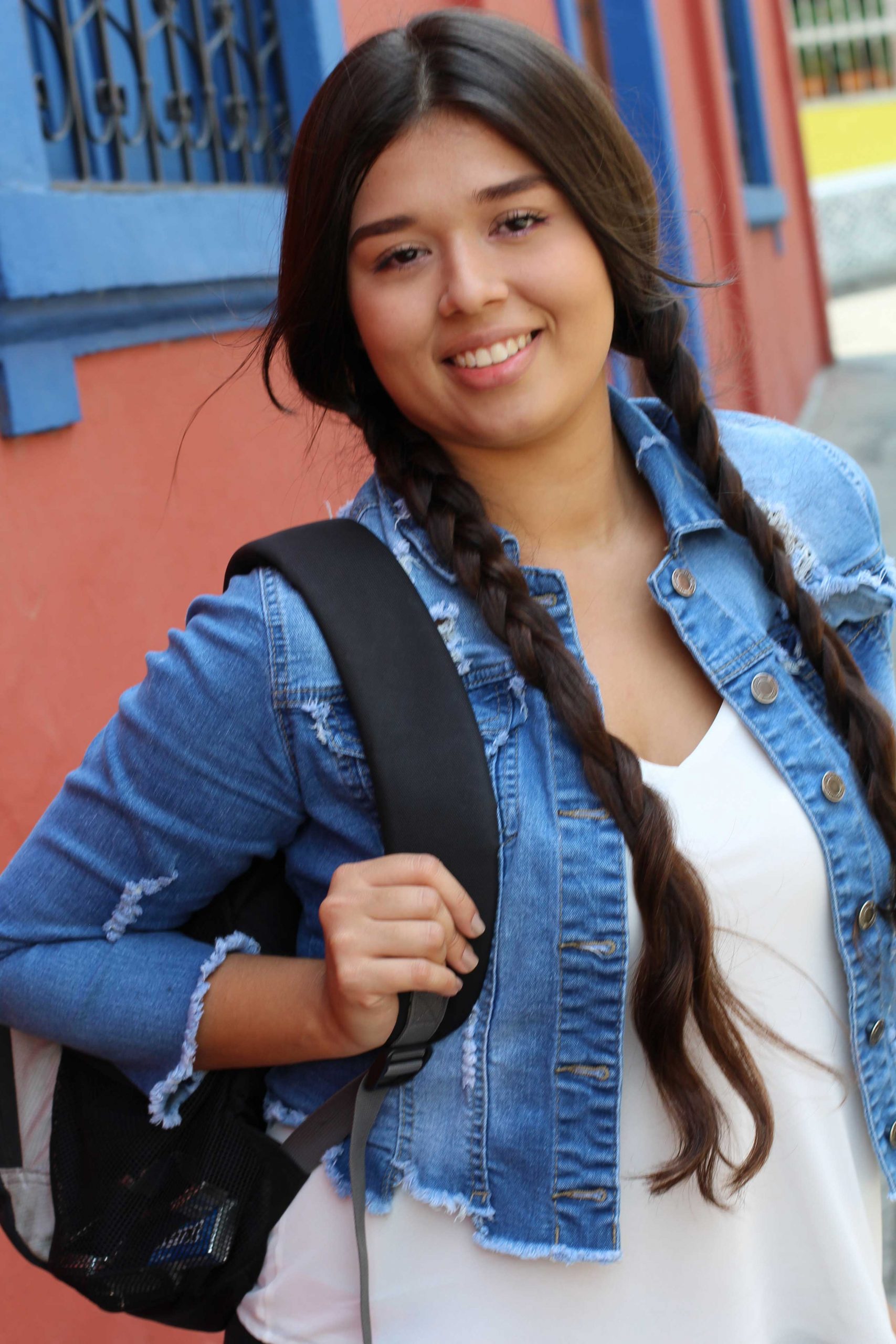 A well-established belief is that another time of high iron demand for females is during lactation. Though lactating females can be iron deficient, the cause is probably due to blood loss as a result of childbirth, and not necessarily because they need extra iron to nourish a newborn. Another reason for iron deficiency during lactation is that during the third trimester, the mother sends a large quantity of iron to her developing offspring. If her diet is iron-poor at this time, she will experience iron-deficiency anemia. Lactating mothers indeed require extra calories and adequate fluids to enable them to produce milk, but it is not necessarily true that they need supplemental iron. Nor is it true that supplemental iron taken by the mother will have an effect on her milk. Studies of breastmilk of females with hemochromatosis, iron overload disease, indicate that the excess iron stored in the tissues did not have an effect on the iron levels in the breastmilk, suggesting that there is a complex iron regulatory system to assure that the proper balance of iron gets into human milk.

Unless a new mother’s hemoglobin values are below 11.0 g/dL and accompanied by a serum ferritin below 10-15ng/mL, an iron-rich diet which includes lean red meat, fresh fruits, and vegetables, which are rich in vitamin C and beta-carotene, will likely provide sufficient amounts of iron for her and her newborn. For women who cannot afford meat, such as those who live in developing countries, or who come from low-income families, iron-fortified foods and supplemental iron may be essential. Conversely, healthy females who can afford meat, and who consume adequate amounts, along with other iron-rich foods, should not experience iron-deficiency anemia. A health care provider can monitor hemoglobin, serum ferritin values and diet to assure that the right balance of iron is maintained.

Besides blood loss, nutritional deficiencies (iron, zinc, folate or vitamin B12) contribute greatly to anemia in females. Often women do not eat much meat, especially red meat, which is the best source of iron and other nutrients.

Also, females sometimes take supplements such as calcium with their iron-rich meals that inhibit the absorption of iron. Mineral deficiencies or imbalances in zinc, copper, vitamin A, B complex, and C can also lead to anemia in females because of their diets or because of impaired absorption.

Several factors must be present before iron can be absorbed, such as a healthy digestive system, adequate amounts of certain nutrients, specific enzymes, hormones, and proteins that bind with and carry nutrients into the bloodstream. Also necessary is adequate stomach acid. Achlorhydria is the absence of hydrochloric acid in the stomach. When the stomach is insufficiently acidic, nutrients such as iron cannot be absorbed. Vitamin B12 and folate are two other nutrients that cannot be absorbed without sufficient stomach acid. Deficiencies in either of these B vitamins can result in anemia.

Malabsorption problems can occur as a result of taking certain medications such as antacids and acid blockers. Other causes can include bowel diseases such as celiac sprue, Crohn’s or colitis, surgical removal of portions of the stomach or small intestine and gastric infections such as Helicobactor or infections that result in chronic diarrhea, such as dysentery as in shigellosis, Whipple’s disease, or G. lamblia (giardiasis).

March hemoglobinura is a condition of blood loss from prolonged strenuous exercise. Female long-distance runners are at increased risk for this condition, which can lead to iron deficiency, sometimes without anemia.

It should be noted that The CDC uses hemoglobin and ferritin cutpoints to determine iron deficiency anemia. To read more about cutpoints visit the Iron Library.

Functional iron deficiency:When diagnosing anemia in adult females it is important to know that there are stages of iron-deficiency anemia. According to the World Health Organization, one in twelve reproductive-age women and teenage girls has a biochemical iron deficiency, but less than a quarter of these women are anemic. The stages begin when iron stores, as measured in serum ferritin, are low, 10–15 ng/mL, but not exhausted. There may be no symptoms present. The next stage is when iron stores are completely exhausted. Serum ferritin will be below 10 ng/mL. In the final stage, no iron remains in the bone marrow stores, red blood cell production drops, and anemia is obvious in both lower than normal hemoglobin and ferritin in the single digits.

Besides nutritional deficiencies or blood loss as a cause of anemia in women, other causes can include diseases or conditions

Too Much Iron in WomenWomen are at risk for too much iron when they cease to have a period (amenorrhea). The loss of a period can be due to menopause, hysterectomy, birth control pills and hereditary hemochromatosis (HHC). HHC is a result of excessive or toxic levels of iron in the body tissues with consequential diminished organ function, organ failure or death. Premature heart attack, diabetes, liver disease, osteoarthritis, osteoporosis and hormonal imbalances are associated with excess iron. Read more about hemochromatosis in the types of iron disorders.

Summary of diseases and conditions that can produce too much iron in adult women include:

Additional information about the more rare conditions can be obtained in our book: Guide to Anemia, The National Organization for Rare Diseases or The National Center for Birth Defects and Developmental Disabilities NCBDDD.