Humans can get iron from shots (injection) or IV (intravenous). They can also get iron from blood transfusions or by consuming (eating) iron that is in their food, or iron pills.

Meat contains both types of iron. About 55-60% of the iron in meat is non-heme the rest is heme iron.

Non-heme iron represents the majority of iron humans consume in their diets and is the type of iron in most supplements. Non-heme type of iron is found in greatest quantities in grains such as rice, wheat, and oats. Non-heme iron is also found in nuts, fruits, vegetables, most iron pills, fortified foods, or contaminant iron such as from water, soil or cooking utensils. Meat also contains non-heme iron.

Unlike heme iron, non-heme iron must be changed before it can be absorbed.

Meat, especially red meat is the best source of heme iron. When we eat meat we consume the blood proteins, the hemoglobin and myoglobin contained in the flesh of the animal. Heme iron is easily absorbed by the body and the best source of iron for people who are iron deficient. Too much heme iron in the diet can increase the risk of disease for some people with abnormal iron metabolism such as hemochromatosis. 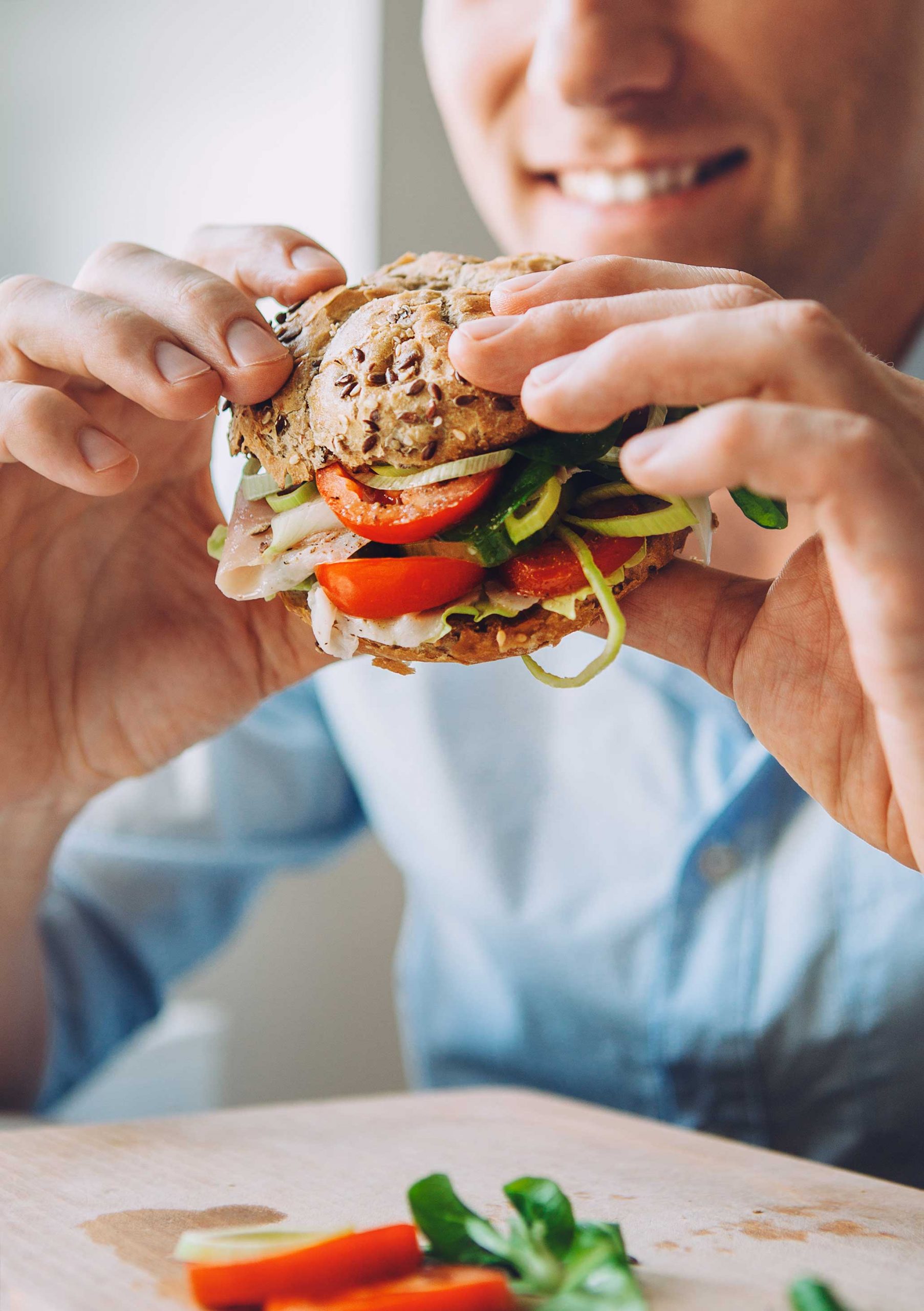 One place that transferrin carries iron to is ferritin. Ferritin is a protein that acts like a large holding vessel. Ferritin contains iron that we don’t presently need. It is sometimes called an iron storage protein. Ferritin is produced by nearly every cell of the body. The brain contains huge amounts of ferritin, so does the liver. Ferritin is a very large molecule; one ferritin molecule alone can hold up to 4,500 atoms of iron.

Elevated serum ferritin can be a sign that the person has inflammation due to disease, or that potential disease-causing factors such as iron overload may be present.

Like transferrin, ferritin can also become unstable, and ineffective. Think of ferritin like a big sink; when this sink gets full, ferritin and its iron can be changed into something called hemosiderin.

Hemosiderin is a yellowish-brown substance that contains ferric oxide (rust). A small amount of hemosiderin in tissues is probably normal and may not be harmful, but when large amounts of the substance is allowed to collect in organs, it then becomes a threat to good health. Hemosiderin can accumulate in cells of the heart, liver, lungs, pancreas, central nervous system, thyroid, reproductive organs, skin, adrenals, pituitary and thyroid gland. When the build up of hemosiderin is great, the organ cannot function properly. For example, when beta cells (insulin producing cells of the pancreas) are loaded with hemosiderin, these cells become unable to produce or store adequate amounts of the hormone insulin, which results in diabetes.

Free iron can provide nourishment for bacteria such as Yersinia, Listeria and Vibrio. These bacteria are harmless for people with

normal iron levels, but when transferrin is highly saturated with iron Yersinia,  Listeria, and Vibrio, contained in raw shellfish such as oysters, can lead to life-threatening infection (blood poisoning or septicemia). Death by septicemia can occur within hours if a person has very high body iron levels. People with high iron should always take care not to eat raw shellfish or walk barefoot on a beach where they might step on an infected shell.

Iron That is Not Absorbed

Some microorganisms are skilled in other ways in obtaining iron from human hosts. Staph, for example can break open red blood cells and extract the iron it needs. Another pathogen, the protozoan that causes malaria, can get into the red blood cell to obtain iron necessary to thrive. And finally, there are bacteria such as the one that causes tuberculosis that grow best inside macrophages that are iron loaded.

Macrophages are white blood cells that protect us against disease; they scavenge for harmful invaders that enter our bloodstream. When the macrophage is called into action, it engulfs the bacteria or harmful debris and traps it so that it cannot thrive and spread disease in the human host. Iron-loaded macrophages are helpless to defend us against opportunistic infection and disease. Overwhelmed with an iron these macrophages can migrate to other parts of the body and release free iron to that organ. An example is iron-loaded alveolar (lung macrophages) that migrate to the bladder and increase the risk of bladder disease. For this reason, people who smoke are at risk for many diseases, especially cancer. Cancer cells thrive on iron.

For those with normal iron metabolism, unabsorbed iron, about 90% of iron ingested through diet and supplements, is taken up by specific cells in the intestinal tract, called enterocytes. These cells become engorged with iron, die, drop off, and are excreted in feces. Too little iron or too much iron changes the way we grow, develop and function.