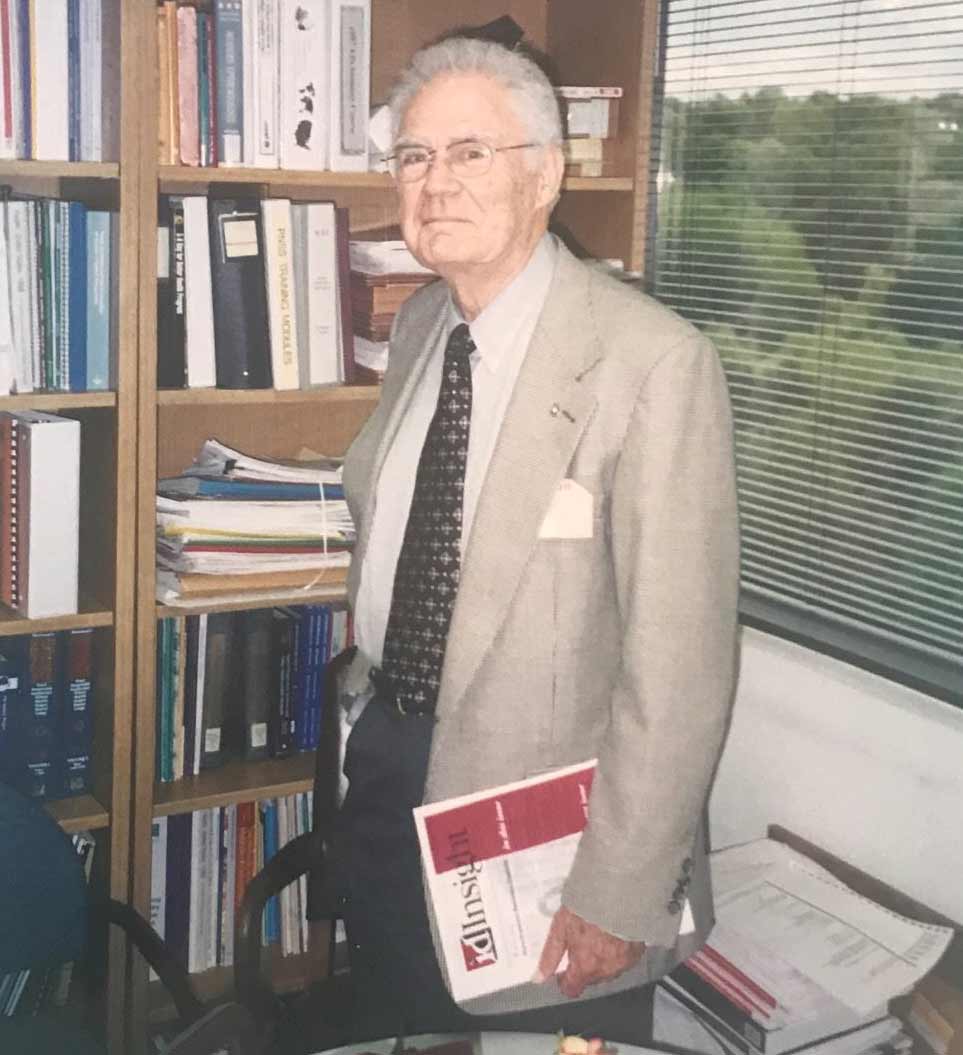 Like many organizations, we began with five people (Chris, Randy, Cheryl, Webb, and David) sitting around a “kitchen table” sharing concerns about too much iron. At the time, most of our discussion centered around hemochromatosis, but as we learned more about iron, other disorders were brought to the table and the organization began to take shape. Dr.JT Ford pictured here was the first to join us as a member of our governing board in 2002. Dr. Ford’s prayer is a treasured piece of history and serves as inspiration for the beginning of our meetings.

The Internet was in its infancy so learning was sought through medical libraries. Eugene (Gene) Weinberg, Ph.D., Indiana University microbiologist took questions (which we framed as “dumb” at the time) and he answered us with generosity and encouragement reminding us that “there are no dumb questions.” His teachings helped us piece together the massive puzzle of this metal called iron.

Initially two boards were formed: The Scientific & Medical Advisory Board and the Board of Directors (formerly known as the Board of Trustees.)

Through Dr. Weinberg we learned about iron and infection and through other experts were learned about iron in the heart, the liver, the brain, the lungs the hormone-producing organs especially the pituitary and pancreas, the musculoskeletal system, the eyes, ears, nose, and the mouth, and genetics.

About fifteen years ago members of IDI and representatives from the US Centers for Disease Control (CDC) and Prevention (Division of Nutrition and Physical Activity) held a conference call to discuss the issue of iron disorders. We were trying to determine the scope of our work.  When we estimated prevalence in categories of hemochromatosis, acquired iron overload, hemoglobinapathies, sideroblastic anemia, iron deficiency with and without anemia we were not surprised to unanimously conclude that half the US population probably had an iron disorder of some type. That would translate to more than 150 million people in the USA. We were astonished. We knew that we needed alliances with other organizations to help us with this burden of potential disease and that we needed to identify conditions of iron imbalance that could be addressed with strategies that increased the level of knowledge for the patient so that concise, medically sound practices could be discussed between patients and healthcare providers.

Iron Disorders Institute has a long standing relationship with The US Centers for Disease Control and Prevention (CDC) Atlanta, the National Institutes of Health (NIH), the Department of Health and Human Services, the Veteran’s Administration, and the Agency for Healthcare and Research Quality (AHRQ.) Representatives of the organization were present for the world wide announcement of the HFe discovery.

As hemochromatosis directed our path, critical issues of Iron-Out-of-Balance™ were identified by us. Our efforts launched us into arenas where we presented to members of Congress and advised our government health agencies about iron related issues.

Four key iron related issues were identified by our organization and reported to members of Congress, the US Centers for Disease Control & Prevention Atlanta,  the National Institutes of Health (Heart, Lung, and Blood); the Department of Health and Human Services (women’s health), the Veteran’s Administration, and the Agency for Healthcare and Research Quality (AHRQ.)

1. Overbleeding due to forced-sustained anemia is doing harm. Forced sustained anemia is a form of iron reduction where the patient is therapeutically phlebotomized until their hemoglobin reaches 10g/dL (or below) and their serum ferritin is below 10ng/mL (and perhaps as low as zero.)

2. Iron Avidity (IA) can increase risk of infection and contribute to morbidity (especially joint pain.) Iron avid is a term first introduced within the context of hemochromatosis/iron overload and defined as meaning to “crave iron.”  Iron avidity is the name established by IDI as a condition of persistently elevated transferrin-iron saturation percentage (TS%) with a normal to low normal serum ferritin (SF.)

3. Iron (in its unbound form) can be teratogenic (cause deformities in a developing fetus.) This hypothesis made by microbiologist Eugene Weinberg, Ph.D. was presented by Iron Disorders Institute to The Centers for Disease Control and Prevention in early 2010. Our presentation prompted increased awareness about the importance of measuring serum ferritin in expectant mothers.


Today, more than one million unique visitors each year come to our websites to learn and to download information that helps them, their families, and their doctors. We continue to be dedicated to providing these educational materials for free.

Dr. Margit Krikker, MD Founder of the Hemochromatosis Foundation, Albany, New York is responsible for designating July as the month to screen and become aware of hemochromatosis in America. Since our beginning, we too have recognized July as national hemochromatosis awareness month. July is also a month when blood is scarce and donations are sought.

Over the years several outreach and awareness models have emerged for IDI. Led by Chris Kieffer, The Cordele Georgia “Test of the Month” was among the first. Led by Laura Main, Newark/Columbus Ohio “A Thousand Irons” was another outreach event where over a 1,000 people were screened for free by Licking County Memorial Hospital (now Health Systems). And from these outreach efforts hundreds of people were identified as having an iron disorder: hemochromatosis/iron overload, iron deficiency with and without anemia, and anemia of inflammatory response. Led by Ronnetta Griffin, The Miss South Carolina iron screening event in partnership with Lexington Memorial Hospital in Columbia, SC revealed that more 50% of the young women tested needed follow up discussion with their healthcare provider about too little iron.


NOTE: The international haemochromatosis organizations and its members promote awareness during the month of May. In the USA, we honor Dr. Margit Krikker’s efforts by recognizing July as national hemochromatosis screening and awareness month.